Remembrance Day and the poppy: reflections from a militarized feminist

Remembrance Day and the poppy: reflections from a militarized feminist 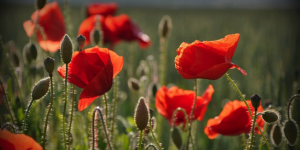 Looking at Remembrance Services and the poppy appeal I feel like a terrible feminist. Having served in the Canadian military, personally knowing people who have died or have been severely injured through military service, and now being married to a former serving soldier, my need to pay homage to my friends, family and my personal history becomes more salient this time of year. In fact, it is something that never leaves me. For those military friends of mine who posted pictures and statements on social media, Remembrance Day was, and remains, profoundly emotional. Captured best I think on a friend’s Facebook wall post, who is currently a serving soldier:

We don’t remember because we have to, we remember because we can’t forget, even if we want to we don’t allow ourselves to. For us remembering is a duty, like being on permanent radio watch, we listen, try not to fall asleep and we know right around the time we are about to pass out, we will feel a tap on our shoulder as our buddy is now up to hold the torch, to keep guard so we can rest, then just like that it’s time to get up and start over…we will never forget, we will always look out for each other; our poppy is all of this.

For anyone who has experienced first-hand military operations and occupations, Remembrance Day is deeply personal. But for the public consciousness, what exactly did we remember? Well firstly, we remembered the fallen (largely male) soldiers, the women who served with and supported them as family, their extreme sacrifices, and how such sacrifices afforded us the political, social and economic freedom we have today.

Remembering Remembrance Day this way reinforces an everyday militarism in us all which, in Enloe’s words, “is a step-by-step process” that has yet to be fully understood and which results in marginalizing any voice or claim to knowledge that is not rooted in a masculine/male military authority. It allows for military spending as necessary while welfare services continue to wither away. It enables particular military operations to continue despite the growing mental costs to the soldiers and their families. It also makes possible the vast and growing private military and security industry that reinforces problematic gendered relations. Importantly though, militarization fundamentally depends upon these performative acts of remembering.

If, as Enloe claims, the ways militarization works remain elusive to us, how do we know when we are being militarized and how do we reverse or roll it back? These questions are not novel. Peace studies and International Relations feminists continue to grapple the contestations and seductions of militarization. My own life history with militarization is marred with such ambivalences between desire and repulsion. I began my entanglements with militarization as many young Canadians. At school every year we would be responsible for hosting the Remembrance Day service in our school gym. A part of this event was to make posters of poppies and other scenes of war and to remember the (male) soldiers of WWI and WWII—whom at the time I personally knew none and had no immediate connection, but was told remembering remains important because these men died for my freedom. As a student body, we recited the poem “In Flanders Field” and we were encouraged to empathize with what it would have been like to be those young men, far away from home, fighting in brutal conditions for our freedoms.

Growing up in rural Canada I was always physically active. I was drawn to the military in my mid teens because of the idea that we could get paid to camp and to do various physical activities. At a Careers Day in our local high-school I was seduced by a military recruiter and had plans to become a military infantry officer. The images of the soldiers actively climbing walls, firing guns, and rolling in the dirt, decontextualized from how such activities are in support of preparing for violence, appealed to me as something fun. These training images juxtaposed to the blue helmet peacekeeper images made me feel that it was also a privilege and an honour to serve in such a role that ensured peace and enabled development for those less fortunate than myself.

I did not join the infantry in the end but instead became a military medic. Contrary to my high-school seductions, my time as a soldier was more as a personal struggle. It was the first time I recall that my gender really mattered in defining who I was and what I could achieve. From being called a “mouse” when calling out drill commandments during parade to being looked upon with astonishment by my fellow soldiers when I “acted” like one of them during intense physical competitions, to being told I only joined the army to “find a man or leave a man”—a statement directed at all women, I was reminded that while I served, I was never really a soldier.

These gendered comments were not just directed at me, but to my fellow female soldiers and other women who supported the military, some commentary of which I actively participated in. Women who were deemed unattractive or too masculine were called “Lesbos” or “Dykes” and attractive women had to watch who they talked to or spent time with for fear of being accused of being “slutty”. The wives of male colleagues also looked at us female soldiers with suspicion and hostility. They couldn’t “get” why we were in the army. Wives, alternatively, were also viewed as trouble within the military ranks. We joked about officer wives, lamenting the ones who “thought they wore their husband’s rank”.

Of course none of these personal testimonies are new or shocking for people who study the military. Feminists have argued consistently that the military and militarization is bad for women and indeed some women experienced far worse banter and abuse than I did. For me, experiencing such behaviour first hand made me realize that the military is a place where I as a woman would never fully belong and a place I no longer wanted to be a part of. It was not until much later that I understood the larger militarized politics surrounding my military experiences.

Leaving the military did not mean I left militarization behind. It only meant that my entanglements with it changed. I still attended military services. I still believed the military, although heavily misogynistic, was integral to global security and it could be reformed by adding more women. My questioning of the military as naturally suited for the roles it performed began during my first feminist class in university. This is where I learned the language that allowed me to articulate my own experiences and, for the first time, to realize I was never the problem to be fixed; rather, it was the military and militarization that was the problem. In many ways the military I believe set me on my path to feminism. It showed me in blatant everyday ways the hostility the military and militarization has to women (and many men) who do not comply—who see and act in the world differently.

Yet my anger with how militarization denied me a voice and conditioned my own possibilities within the military did not alter my overall belief that that the military remained necessary. The revelations that the military needed to be radically reshaped came later on and after an MA in politics that focused explicitly focused on feminist theory. It was then that I was given the knowledge and language to see the profoundly problematic nature of militarization and the opportunities that demilitarization could bring.

Despite my personal politics of demilitarization, I remain embedded in military culture, and as an unfortunate or perhaps necessary product, militarized. Of course I’m more knowledgeable about its processes, I still recognized my own material benefits and complicity in its reproduction. I married a former soldier who now works in the private security industry. My education was paid for in part through his work and he is able to continue to work in the industry because of the support I provide him. As an academic, I still remained fascinated with military and security operations, which has taken me to Afghanistan and embedded me in heavily militarized spaces where once again my voice as a female speaking academic becomes marginalized and considered cute or naïve.

I recognize that these encounters seem banal, deeply personal and even contradictory. I face them on a regular basis, specifically when asked: can you be a feminist dedicated to demilitarization and have a partner who works in the security industry? The answer is not straightforward, but neither is our overcoming militarization. It is through revealing these contestations and locating the everyday militarism that we see how our understandings of “the international” are made possible. Feminists are great at reminding us that it is when we normalize military authority, privilege military masculine ways of knowing, and believe our world is only safe and free when we are fiercely protected by (male) soldiers and masculine states that we reinforce militarization.

Briefly detailing my entanglements demonstrates both the overtness and subtleties of militarization. It also reinforces a need for us as feminists to be more reflectivity in articulating how militarization is sustained in our own everyday. Such a commitment is important because if we are to demilitarize, we need to firstly understand our own complicated histories with militarization. Perhaps then we can remember Remembrance Day differently—one where our imagining of peace and war challenges militarization.

This piece first appeared on feminist academic collective on 16 November 2015 and is reposted here with permission. 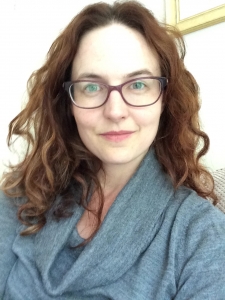 Amanda Chisholm is a lecturer in International Politics at Newcastle University. Her research explores private military and security companies (PMSCs) from a feminist political economy and security lens. Amanda has specific interest in the global South labour chains that underpin security operations. She has published in Globalisations, Security Dialogue and International Feminist Journal of Politics and numerous edited volumes of private security. Amanda has recently been awarded an ESRC Future Leaders grant where she will be conducting ethnographic research on unarmed security and logistics labour chains in the Gulf States.  You can find out more about her new project by visiting her blog “Military to Market” http://blogs.ncl.ac./militarytomarket/