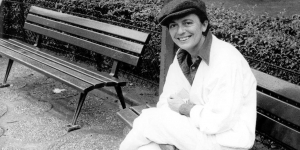 This is a call for abstracts for a journal special issue on the above theme. We are negotiating with a feminist journal currently, and will take this forward once we have a full set of abstracts for consideration. Provisional publication date is December 2019; first drafts of papers will be due in Spring 2018.

Deadline for submission of abstracts: Monday May 22nd 2017

Our aim for this special issue proposal is to explore the importance of rethinking feminist politics and feminist theory from a lesbian perspective. While lesbian politics and experiences are often erased or euphemized in the history of feminism, we argue that this absence can be considered an instance of feminist “haunting,” which Avery Gordon has characterized as the “something-to-be-done”: an unresolved feminist contradiction which has not only impacted the way feminist theory is framed but also how feminist stories have been and are being told. However, as Gordon has noted, “the ghost demands your attention” (Gordon 2011, p. 3). We will be asking in this special issue: What happens when lesbian haunting is taken seriously as a starting point in feminist theory and histories of social movements? What changes (or stays the same) when we foreground lesbian theories within variously located histories of feminism, and what changes (or remains) within lesbian theory as well when we de-centre its Anglophone canon? What challenges does the (re)centring of lesbian traditions propose to the histories we tell, our canons of thought, or the dominance of certain theoretical strands, as well as what we think of as feminism?

When Monique Wittig, one of the founders of the French Women’s liberation movement, wrote in 1980 that lesbians were not women, she provided a dramatic counter-response to second-wave feminism’s approach to lesbianism according to which “feminism [was] the theory and lesbianism the practice” (Atkinson in Richardson 1998, p. 282). Indeed, Wittig’s intellectual gesture disrupted such a feminist ordering of things by elevating lesbianism to the status of feminism’s theory. Despite this, while feminism’s roots in women’s social movements of the 1970s are consistently returned to in accounts of the past, there is no such parallel emphasis for lesbian theory. How did lesbians’ experiences in women’s movements produce a new lesbian standpoint, and what is the political and social history of lesbian theory?  Thus, while Judith Butler and Joan W. Scott edited the landmark collection Feminists Theorize the Political in 1992, this special issue proposal asks instead what happens to the intellectual, social and political history of feminism when it is examined from the standpoint of lesbian politics and when lesbianism becomes feminism’s theory rather than its practice.

We invite contributions that foreground the significance of starting from lesbian politics and/or theory in relationship to any strands of feminist or queer theory, local or transnational, with a view to telling different stories or elaborating new modes of articulation.

We welcome abstracts from a wide range of disciplines. Please send your abstract (and any preliminary questions) to: i.m.eloit@lse.ac.uk and c.hemmings@lse.ac.uk. Abstracts should be up to 250 words long. Please include your name, title, and any institutional affiliation.

Bad Behavior has blocked 1289 access attempts in the last 7 days.