“If gender quota is necessary for party lists, so what if I identify as a woman, can I run then for a woman’s place? And what happens if I identify as one of those plenty of other genders?”

A male politician from the Hungarian right-wing opposition party Jobbik asked me this question recently in an informal event and with this we were at one of the favorite topics of the Right when it comes to women’s rights and gender equality. The contradiction the politician wanted to present to me provocatively lies in the fact that the definition of gender in the quota policy (aiming to address the still persisting structural inequalities between men and women, i.e. in Hungary the share of women in Parliament is 12%) differs from the one necessary to address trans and genderqueer people’s political claims for recognition of their identities.

This seemingly anodyne conversation is embedded in a larger context in Hungary – when the ratification of the Istanbul Convention is refused by the government and gender studies are banned from universities – and beyond Hungary. Since 2012, several European countries as well as the US have seen the rise of conservative and, in part, fundamentalist social movements against the perceived threat of ‘gender ideology’, (or ‘gender theory’), ‘political correctness’ or the ‘human rights fundamentalism’. Being opposed to women’s reproductive rights; LGBTQ issues like marriage equality or transgender rights; certain administrative policy instruments (such as gender mainstreaming); as well as the public financing of gender studies programmes, the advocates of these platforms tend to depict all political and non-governmental actors, administrative staff, and scientific researchers who focus on these issues as a single homogeneous group and an organized lobby. This is partly manifested in grassroots or religiously affiliated movements and partly in the agenda of right-wing and populist parties in opposition, or in government. The triggering factors for the surge of these movements vary across countries (Hark and Villa, 2015; Kováts and Põim, 2015; Kuhar and Paternotte, 2017). The simultaneity of these movements, the different triggers in countries that vary with respect to their political landscape, as well as to gender and LGBT policies implemented, indicates that rather than dealing with isolated cases, we are witnessing a transnational phenomenon. 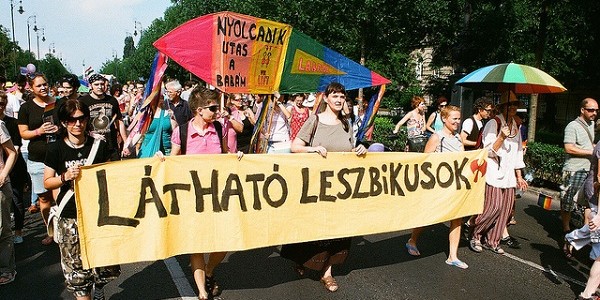 As the starting anecdote suggests, the heated political controversy around the concept of gender is complicated also because of the fact that there are different gender definitions in use in policy-making and in social justice activism, born in different times and from different ideological bases, partly disconnected from debates within gender studies, and at times also partly contradicting each other.

First, in the English-speaking context gender became a substitute for biological sex, in order to avoid associations to sexual intercourse, starting from the law of discrimination, now widespread. For instance when we speak about gender pay gap, what is meant is the difference between men and women’s wages. This interchangeable use of the two terms is exemplified in the current debate about the Trump administration’s plan to define “gender as a biological, immutable condition.” Some commentators say it is a deliberate, ideology driven conflation of the two terms, see for instance here.

Second, it came to mean women, e.g. gender analysis in policy-making is often used to describe how this or that measure would affect women – and less, gender relations, the relations between men an women.

Third, it is an analytical category to describe the social quality of distinctions based on sex, the power structures in a given society between men and women, and the roles, possibilities and constraints in society, attributed to being born male or female. Such is the gender definition of the Istanbul Convention, the Council of Europe Convention on preventing and combating violence against women and domestic violence: 3.c. “gender” shall mean the socially constructed roles, behaviors, activities and attributes that a given society considers appropriate for women and men; and 3.d.  “gender‐based violence against women” shall mean violence that is directed against a woman because she is a woman or that affects women disproportionately.

Fourth, many writers use it in trans and genderqueer scholarship and activism to mean gender identity: a person’s felt sense of identity, meaning identifying or not with being born male or female. This is evidenced by the expression “gender assigned at birth”, referring to the fact that it might not correspond to the person’s later on defined gender identity, or the practice in core countries with languages having gendered pronouns that when introducing oneself, one should identify one’s “preferred pronoun”, on the basis that we “cannot assume one’s gender” on the basis of appearance. So in this sense gender does not mean an analytical category to describe the social components of our being a woman or man, attached to our sex (being female or male, e.g. girls should do this, boy should do that).

Therefore one must not wonder that people not acquainted with social justice activism and gender policy, not to mention with theoretical debates within gender studies cannot make sense of “what gender really is”. This ambiguity of the term within activism and policy makes it vulnerable too and provides a clue for actors who are less interested in disentangling complexities and more in creating a homogeneous other in the groups of feminists, LGBTQ activists, gender studies scholars, liberal, green and left-wing politicians.

In the context of the Hungarian government’s attacks on the Istanbul Convention and the gender studies programs, references were constantly made to existing activism that uses a gender definition which is not treating biological sex as a given fact, while regarding gender as a set of roles, expectations and meanings assigned to biological sexes. Instead, fine-tuning it to its own political agenda, the government referred to the gender definition of the kind of social justice activism that regards the separation of sex and gender not as an analytical, but a practical one, proposing that gender is independent of the bodily reality, that is: the gender a person identifies with. The government uses this gender definition to denounce any feminist claims as harmful, for instance, discussing gender stereotypes in kindergarten would in a next step lead to children questioning their gender identity.

The Hungarian government now clearly refuses to ratify the Istanbul Convention, this comprehensive instrument to address the structural causes of violence against women, despite the fact that it was signed by the same right-wing government in 2014. An organization close to the government authored a paper to explain why not to ratify the Convention, which reads: “Even though it is common sense that there are only two sexes in all creation, the Convention aims to go against this fact, do away with the notion of biological sexes and use the concept of gender instead for all legal purposes. People would stop being simply men and women, and would belong to one of the infinite number of artificially created gender categories” (translation by the author, emphasis added). This reframing of the definition is clearly flawed, as the above quoted definition of the Istanbul Convention does not question the sexual dimorphism and defines gender in analytical, not in identity, terms.

The Hungarian government, its media and its own “civil” organizations use this existing definition and activism of other countries (hardly present in Hungary) also, to ideologically underpin why such a violation of academic freedom, as is banning a licensed MA program in gender studies, should be celebrated in the name of normality and common sense. Gender studies, and the diversity of the scientific approaches applied (as in all science), is accused of defending and spreading this definition (and this one only), and equated to transgender and queer activism.

I am not pretending that this polysemy in itself can completely account for the right-wing contestations of the concept of gender. I more than agree with Andrea Pető who in this blog refers to the broader political agenda these attacks are embedded in and the dangerous precedent this state intervention represents. And with Weronika Grzebalska who describes the ban on Gender Studies and the rolling back of the liberal equality infrastructure as a key pillar of the illiberal transformation but who also invites us to inquire why many women see the project as a beneficial and legitimate alternative to the (neo)liberal equality paradigm. And as plenty of scholarship has already shown, the discourse about a threatening “gender ideology” has the origins in the Vatican. But what I think is important to reflect on in this debate, is, that one cannot simply and self-comfortingly say that the Right is misunderstanding gender or misrepresenting it for the sake of political instrumentalisation, and that it has created a straw man without any real-world reference, based on a decades old discourse solely; or that this is simply an old wine in new bottles (misogyny and homophobia). We need to face the internal contradictions within progressive politics. Some say that if we are self-reflexive then we are already capitulating, but I think the opposite is true. If we are worried about the strengthening of the Right, it is in our best interest to name and face the ideological conflicts within the progressive camp, otherwise we leave the terrain to the Right. Clarity about the differences of our own definitions is a prerequisite for that. 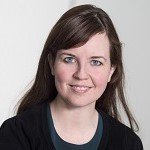 Eszter Kováts is a PhD student in Political Science at ELTE University Budapest. One of her recent publications is „Questioning consensuses – Right-wing populism, anti-populism and the threat of ’gender ideology’”, published by the Sociological Research Online of the British Sociological Association. She works in the Hungarian Office of the German political foundation Friedrich-Ebert-Stiftung (FES), where since 2012 she has been responsible for the Foundation’s gender program for East-Central Europe. In 2015 she co-edited the volume “Gender as Symbolic Glue. The position and role of conservative and far right parties in the anti-gender mobilizations in Europe” (published by FES and Foundation for European Progressive Studies, brief summary here).