Coming from a post-colonial perspective, I find that it can be very difficult to insert certain types of queer identities (like mine, as a bisexual Myanmar woman) into existing global queer discourses and epistemologies. I use ‘postcolonial’ here in reference to a fragmented politics of space and time; what is ‘postcolonial’ means different things in different geographic and temporal spaces. Though colonialism itself is situated in the past, coloniality survives it as an inescapable power that places Europe and the West as the epistemic center of knowledge production (see: Said, 1978). In the contemporary landscape of globalization, coloniality makes Western models of queer identity hegemonic, with little space for local queer subjectivities. As a result, the ‘global’ is often understood as synonymous to the ‘West’, as a site of normative, modern and progressive sexuality. In contrast, the ‘local’ or ‘Non-West’ space tends to be othered as backwards, oppressed, and traditional, in need of catching up. 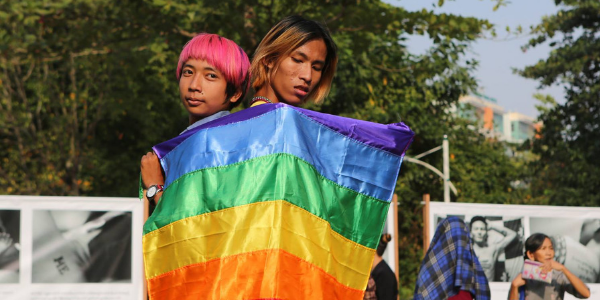 Key scholars like Joseph Massad have problematized this Western model of LGBT identity by arguing that we cannot universalize categories like ‘gay’ and ‘lesbian’ as though they are applicable everywhere (see: Massad, 2002). Massad calls this ‘the Gay International’, which is the Western (and typically white male-dominated) discourse of gay rights that produces gays and lesbians, as identities and categories, where they do not traditionally exist.

In his 2002 paper ‘Re-Orienting Desire,’ Massad writes: ‘In espousing this liberation project, the Gay International is destroying social and sexual configurations of desire in the interest of reproducing a world in its own image’ (2002, p. 385). While I agree with Massad’s argument that the Gay International does not make room for local queer subjectivities, I disagree that it must also lead to the total destruction of sexual identities that do not fit into hegemonic Western categories.

I want to deconstruct this conceptualization of the global and the local as always being mutually-exclusive and always binary. In particular, I want to draw attention more to the effects of globalization on the rural-urban divide. In doing so, we might be able to have a more nuanced understanding of post-colonial queer identities, and also create space for more agency of the sexual subject, which I think is missing in Massad’s argument.

To explore this, I wonder if using English-language labels such as ‘gay’, ‘lesbian’, ‘bisexual’ and ‘transgender’ instead of using local terminology in our mother tongue means that we, as post-colonial queer subjects, are playing into the hegemonic Western gay agenda and erasing unique local identities. How does queer terminology travel transnationally and in what ways can it be subversive and liberating rather than oppressive? To answer these questions, I examine a short video produced by an LGBT non-profit in Yangon, Myanmar (my hometown), called &PROUD. The organization hosts arts and culture events, most notably the annual &PROUD Film Festival – the largest LGBT festival in Myanmar to date and first of its kind. The video was widely circulated over social media last year in the lead up to the festival.

Beyond Borders: Transnational Language in a Local Context

In many ways, the video is a reminder of the influence of the Gay International. In the context of Myanmar’s history, from isolationism and authoritarian rule to the current transition into democracy, we have had an influx of international organizations and NGOs working on issues such as human rights and HIV/AIDS. In this way, global activism networks have brought these universalized Western identity categories and labels into a local context.

However, I argue that the global and the local exist in tension, not in opposition. In my interpretation, the video does not simply illustrate global labels being imported from the West into a local, non-Western context. There is room for strategic adoption of transnational frameworks for our own tactical ends, without fully assimilating into the Gay International agenda.

For instance, use of English-language terms like LGBT in this video can be seen as a means of self-identification to claim a sense of community. Borrowing a term from trans studies (see: Tudor, 2017; Snorton, 2009), I argue that these English-language terms allow Myanmar queer individuals to ‘pass’ as valid queer subjects to both a global and a local audience. This is useful because existing Burmese-language labels can be quite divisive and are not very inclusive of queer women’s sexual experiences and identities. A chauk, for instance, is a derogatory catch-all term to describe not just queers but also heterosexual effeminate men and tomboy women. While some derogatory terms – like ‘queer’ – have been reclaimed, a chauk has not. As a result, English-language labels like ‘LGBT’ work as a unifying, accessible, and subversive tool. We can view these individuals as agentically performing these identities on screen to better communicate with their target audience.

The video’s target audience is other queer individuals in Myanmar that may or may not be in the closet. The people in the video are calling for others to join the community. They are saying: ‘You too can be out, open and proud like us, as ‘lesbians’ ‘gays’ ‘bisexuals’ and ‘trans’ people’. But, the target audience itself is not homogenous – this video may be received differently by an urban audience in contrast to a rural audience.

Massad rightly points out that assimilation into the Gay International is often only possible to middle and upper-class individuals (see: Massad, 2002). In this video in particular, the individuals represent the urban Yangon queer scene, which is identifiable by their manner of speech, accent and dress. As a result, other urban queer individuals might easily feel a sense of community and solidarity with this video. However, that does not necessarily mean that non-urban individuals will be left out.

To understand why, we must first acknowledge that in Myanmar, sexuality is more closely tied to behavior than to identity and is deeply rooted in Buddhist spiritual beliefs. This separation between queer behavior and identity is important.

Regardless of outward appearance, both have a feminine mind/spirit and play a receptive role.

Many times, Thu Nges are often perceived as almost being ‘straight’ because their inner spirit and outward physical appearance match up as masculine and they play an active role, regardless of whether they have sex with men or women.

Burmese terms therefore depend on physical appearance, behavior, and the mind/spirit space. All these terms are dependent on the situational context in which the queer subject finds themselves. Of course, the terms presented above are just a few of many but it is important to note that there are many terms for men’s sexualities, but only a few Burmese-language terms for women’s sexuality. Because of this, when calling for community and solidarity, it can be helpful to have an umbrella term like LGBT that is more inclusive of women and easier to communicate as identity rather than a situational behavior.

Saying I am ‘a phone’ or I am ‘a pwint’  wouldn’t work in this context because these terms are used more for signposting or engaging in social activities to attract certain types of partners, but not necessarily when engaging in activism.

Second, I think it would be inaccurate to assume non-urban individuals would not have encountered terms like ‘lesbian’ and ‘gay’, especially considering Myanmar’s digital revolution within the past 5 years. Now, more than 80% of Myanmar’s population have access to a smartphone due to lower sim card costs while just a few years ago, the number was less than 10% (see: Huffpost, 2017). 90% of internet usage is spent on Facebook specifically (see: GlobalStats). This has helped bridge the information gap between the rural and the urban, and these English-language terms have actually been quite widely circulated, especially through social media.

Still, it is important to not continue to only center urban queer experiences. A holistic look at &PROUD’s full repertoire of videos, which can be viewed here, reveals many videos that center rural, diaspora, and other modes of non-urban Myanmar queer existence.

To conclude, I agree with Massad that the Gay International can be repressive in many ways, but I do not agree that it must also destroy local queer subjectivities. As my analysis of the video illustrates, we can locate the agency of the sexual subject in the fact that these English-language terms are being used strategically to speak to a specific audience within a certain context. These terms are not simply imported – they co-exist in complex ways that are determined by those individuals that choose to engage with it on their own terms. These terms are used to ‘pass’ and signal a sense of community to one another as well as achieve instrumental means when working with international organizations and activist networks.

I have argued here that globalization is a fragmented and uneven process; therefore, boundaries of what is global and local, or what is rural and urban, need to be deconstructed.

To me, ‘queering the global gay’ (the title of this post) takes ‘queering’ to mean the deconstruction of fixed categories, norms, and discourses, making space for local subjectivities to be perceived as equally modern, complex, and legitimate. ‘Queering’ thus challenges the normative understanding of modernity and queerness as located in the West and built on Western standards. As a postcolonial queer subject, we may not be able to escape the Gay International agenda completely, but I hope that I have provided an outlook that allows for more agency within this space. 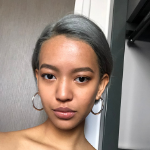 Khin Su is currently pursuing a MSc in Gender, Policy and Inequalities at LSE. She has a background in the non-profit sector and a BA in International Relations from Brown University. Her professional experience working in the international development industry in Washington D.C. and her personal experience as a queer woman from Myanmar motivated her to further explore gender, sexuality and development in Southeast Asia from a postcolonial lens. Through her work, she hopes to deconstruct hegemonic understandings of gender and sexuality in the Global South.

Bad Behavior has blocked 434 access attempts in the last 7 days.