by Aniket A. Panchal and G Vishal

‘Home is where the heart is’ is an adage that has been prevalent in society since time immemorial. Humans built shelters to protect themselves, and as time went by, a person’s home became the centre of their universe; the one place in the entire world where safety and security are guaranteed. There are many groups of people, however, for whom this adage is, unfortunately, not applicable. The most prominent among them being women and children who have to face violence and abuse in their own homes. As the world battles COVID-19, governments worldwide have enforced lockdowns and people are bound to stay at home. Administration has always been about balance and achieving the best possible compromise. The unquestionable need to maintain public health is required to be balanced with other factors. While mechanisms to sustain the economy have been put in place, no such sustained effort has been made to curb domestic violence. The reasonable expectation, then, would be a dramatic rise in complaints of domestic violence. This, however, is not the case with India, which has only witnessed a decline in the overall number of cases reported to the National Commission for Women (NCW). This article attempts to find the reasons and possible solutions of this shadow pandemic in the light of COVID-19. 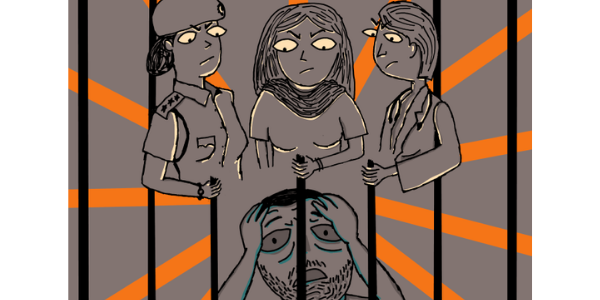 Under normal circumstances, a victim of domestic violence or anyone who has a reason to believe that an act of domestic violence has been committed, or is likely to be committed, can either give information to the designated ‘Protection Officer’ or to the National Commission for Women (NCW). At a first glance, it can appear that the ability to report domestic violence is a universal right. However, the reality on the ground is quite different. Indeed, as the lockdown in India has been extended, the option to reach out to the designated Protection Officers has become almost impossible. Victims of domestic violence are stuck between a rock and a hard place- the potential risk of getting infected on one hand and the real risk of major harm at the hands of the perpetrator on the other. The NCW is now the only organization available to receive DV complaints; however, because postal services are now inaccessible, even the NCW has limited outreach and can only be contacted through digital means. To redress the problem of accessibility, the NCW has launched a WhatsApp no- 7217735372 – to receive reports of domestic violence.

NCW data on complaints received in the months of March and April reveals some interesting findings. While the number of reports of domestic violence incidents slightly increased from 298 to 315 between March and April, the number of NCW reports covering all offences against women dropped from 1347 to just 800. While the NCW has set up a WhatsApp number for reporting DV, early analysis of the data shows that this plan has many shortcomings. One primary cause for concern, is that there is a huge gap between the percentages of men and women who have access to mobile phones. Only 38% of Indian women have phones, which is significantly less than 71% of Indian men with the same privileges. Thus, on closer analysis, it becomes apparent that the ability to report domestic violence is not a right, but a privilege that only 33% of Indian women with access to mobile phones and a functional internet can afford. Under-reporting is the phenomenon at play and there is a need to create gender-equal access to technology, as without access to the internet the NCW’s push to encourage emails instead of postal services will be frustrated. The true scale of this gargantuan problem will only become apparent after the lockdown has been lifted.

Stay or Leave – Response and Rehabilitation During Covid-19

Everyone deserves a safe household and an adequate support system. Victims of domestic violence are, unfortunately, denied both. Social and institutional barriers often hinder reporting domestic violence by intimate partners, with reports estimating that up to 99% of cases go unreported. Apart from the obvious awareness programs and better reporting mechanisms, one way to encourage reporting is to ensure proper response and rehabilitation for the victims that come forward and report violence. The first responders, in the case of a domestic violence report, are the protection officers who investigate the report and make ‘domestic incident reports’. The COVID-19 pandemic has placed these officers in a precarious position as they must protect themselves from the virus and also ensure they do not act as asymptomatic carriers, thereby causing more harm to those they seek to protect; and must often do so with a lack of proper protective equipment.

The Domestic Violence legislation in India provides a vast set of powers to the magistrates to ensure justice and effective rehabilitation of the victim. The two major factors that contribute towards effective rehabilitation are creating a safe physical space for the victim and a steady income flow for sustenance. While the most obvious solution to ensure a safe physical space is a ‘protection home’ for the victim, the legislation also envisages the ‘shared household’ principle which prevents the offender from having access to the shared household, regardless of the ownership of legal title to said household. The offender is also required under law to pay for the maintenance and medical expenses of the victim and may also be required to pay further damages.

In most cases however, it is desirable that the victim get away from the household where the crime was committed to avoid trauma and emotional turmoil. This is where the scale of the problems caused by the ground realities of the COVID-19 affected world really begins to become apparent. Maintaining public health becomes a priority; with governments enforcing aggressive lockdowns, especially in areas deemed as ‘red zones’, the freedom of movement is severely curbed. Public order is a reasonable restriction to the Right to Freedom under Article 19 of the Indian Constitution. However, no provisions or exemptions have been created for the effective response and rehabilitation of victims of domestic violence, who are most vulnerable in these times when they are confined to their homes, where they are unfortunately robbed of their safety and dignity. In the absence of exemptions to the lockdown to benefit victims, relocating them to a protection home or to even enforce the shared household principles becomes a herculean task. The COVID-19 pandemic has also affected the ability of protection homes to take in domestic violence survivors as these homes have a moral and ethical responsibility to protect the existing occupants from possible asymptomatic carries; this situation unfortunately can be remedied only when efficiency and availability of test kits are increased.

Role of the State

In India, the central and state governments have a statutory obligation to create awareness about domestic violence. Minimal efforts have been taken to publicize the helpline number or any other digital medium that can be used to seek help by the victims. The low turnout of complaints can perhaps be attributed to this, indicating that the state has displayed gross negligence in performing its duties. Grassroots awareness leaves much to be desired as there is often a fear among victims to reach out for help from the protection officers. Some countries like France and Spain have tried to combat these problems with a messaging service where the victim can lodge the complaint from their mobile itself. There is an urgent need to create awareness, as without effective public awareness, even the most efficient and well-oiled machinery of response and counselling to combat domestic violence would be as good as an artefact in a museum.

Conclusion – the Future Ought to Be Safer

The time has now come to not only flatten the curve of domestic violence but also to squash it in its entirety. To successfully deal with any problem, it has to be identified first- there is an urgent need to come up with ways to make reporting safer and easier, and it is equally urgent to raise public awareness. The COVID-19 pandemic has clearly illustrated the information-dissemination power of the state machinery. Even someone who has been living under a rock will have heard about the pandemic and the need to combat it by social distancing. It is regrettable to witness a mammoth catastrophe that has pushed gender concerns out of the focus. It only solidifies the vicious practice of always pushing gender concerns out of the spotlight; type-casting it as something dispensable that can be neglected to suit needs. Priorities can change at any time; however, values should not change.  The state must come up with a more feasible solution before more victims fall prey to domestic violence. As the world returns to a state of relative normalcy, we will thrive by balancing ourselves on a tripod of well-funded and robust support services for survivors of domestic violence, their psychological care, and economic resources dedicated to their help. 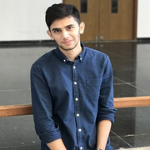 Aniket Panchal is a first-year undergraduate student reading law at Gujarat National Law University, India. He is a member of the GNLU Centre for Law & Society and serves as Content Writer for The Economic Transcript Magazine. He has also written on Gender-Neutral Sexual Offences in his previous work. His academic interests lie in the intersections of the law with gender, policy, and human rights. 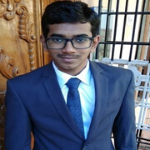 G Vishal is a first-year student pursuing law at the Gujarat National Law University, India. He has worked as an intern at the State Human Rights Commission, Tamil Nadu and takes an active interest in International Refugee Law.