Shut In, Shut Out – Understanding domestic abuse during a pandemic

Shut In, Shut Out – Understanding domestic abuse during a pandemic 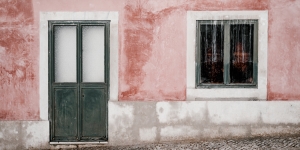 With the outbreak of COVID-19, the idea of the ‘home’ as a safe space has received significant attention. As we struggle with the challenges posed by an unfamiliar disease, the thought of ‘home’ comforts many of us with its sense of familiarity.  It is reassuring to believe that when the world is at a standstill, the home is a space within which we are protected.  ‘Stay home and you will be safe’ is the assurance provided by governments that are grappling with the myriad challenges posed by COVID-19.

However, the lockdown and stay-at-home measures have brought another type of ‘silent epidemic’ into the lives of women. UN Women has noted that 243 million women and girls in the age group 15-49 years have been subject to sexual and/or physical abuse by an intimate partner in the last twelve months. It further notes that with the outbreak of COVID-19 and the imposition of lockdown, violence against women has increased. Previous studies pertaining to infectious disease outbreaks such as the Ebola outbreak in West Africa in 2014–2015, too revealed that women and girls experienced high rates of sexual violence and abuse while in quarantine. However, these statistics may still not be revealing the real extent of the problem as there could be under-reporting of cases because victims need space, time, and access to resources to be able to reach out to helplines or authorities.

A key factor that distinguishes domestic abuse from other forms of violent conduct is that it occurs in the context of a relationship, which is ordinarily perceived as a space of trust – ‘a safe space’.  In his work, Jonathan Herring notes that honesty and vulnerability are at the “heart of a relationship”. It is these values that enable growth and development of the individuals in the relationship. However, he clarifies that this depends on trust. Trust to not “take advantage of the vulnerability created by intimacy”. Our exposure to vulnerabilities in intimate relationships is thus premised on the foundation of trust. Intimate partner abuse strikes at that very foundation. The effects of abuse are entirely contrary and at odds with the values of honesty and vulnerability which intimate relationships ought to respect and nurture. It is also pertinent to note that, usually, matters concerning intimate relationships are hidden from the public view as these relationships are traditionally viewed as ‘private matters’ – matters where the society, government, and law enforcement agencies had shown reluctance to interfere for a long time.

The distinctiveness of domestic abuse is therefore attributable to the nature of the relationship in which the abuse occurs as well as the institutional and societal responses to it. Consequently, the victims of abuse encounter a distinct set of challenges in ending the abuse.

In this background, the idea of ‘isolation’ assumes particular significance. Studies by Helen Reece, Emerson Dobash and Russell Dobash, among others, highlight that isolation is found to be a predictor of intimate partner violence; it was found that violence was strongly predicted in isolating situations wherein the spouse or male partner tried to limit the woman’s contacts with family and friends.  In their work, Carolyn Hoyle and Andrew Sanders have also pointed out that controlling behaviour is found to be present in the majority of the relationships where men exert violence over women. These include emotional control, extending threats to her, criticising her, restricting her actions, and exerting financial control. This research indicated that some women had internalised the accusations of inadequacy to the extent that they did not feel confident in leaving the relationship.

Further, studies by Kelly, Hoyle, and Sev’er indicate that ending a relationship might not necessarily end the violence just because there is a reduction in the opportunity of violence. In fact, women could be at an increased risk when they attempt to leave, or when they have left abusive relationships (Sev’er, 1997). These studies indicate that an escalation or continuation of violence happens at the time of separation from the abuser because such separations, especially when initiated by the women, challenge the foundation of “a male bastion: his power and control within his home” (Sev’er, 1997).

Therefore, the constraints in leaving domestic abuse situations range from the internalisation of violence and crisis of self-worth to practical constraints such as financial inadequacy and fear of retaliation. It is also essential to view these constraints in the context of our patriarchal societies where the worth of women is tied to their relationship status; where the importance of marriage and the caregiving role of women within marriage is constantly emphasized.  While the manifestation of these patriarchal norms vary across cultures, these norms consistently inform our ideas of what is acceptable conduct in a relationship, what constitutes ‘abuse’ and how we perceive forgiveness, consequently influencing the ability of women to leave abusive relations.

How does domestic abuse intensify during a pandemic?

Stay at home restrictions and other movement curbing measures such as social distancing, avoiding public places during this global pandemic have led to exposing women who are already in abusive situations to increased control and restrictions by their abusive partners, with little or no recourse to seek support. Limited access to helplines, disrupted public services like police, justice, and social services make it harder for victims to report cases as well as difficult for the system to provide meaningful assistance. In India, the National Commission for Women expressed concern over domestic abuse in the lockdown. In addition to the fact that the avenues available to women to seek help are severely limited in a lockdown, women are also scared to report cases because they do not have the option of returning to a safer space like their parental home. In Turkey, which has witnessed a soar in the femicide toll, the authorities warned that as the police and helplines are overburdened, several women are unable to reach a responder or receive assistance. In the United States, Katie Ray-Jones, the CEO of the National Domestic Violence Hotline noted that “we’re really bracing for a spike post-Covid-19 — that’s when law enforcement and advocates and courts are going to hear the really, really scary stuff going on behind closed doors.”

The lockdown, which is an important measure to contain the virus, has turned out to be a means of further isolation for many women. ‘Isolation’ which is closely tied to abuse, as discussed above, is only exacerbated in a lockdown. It ends up providing the abuser the opportunity to distance the victim from any outside contact or support system, and consequently enables constriction of her life. Ideologically, the isolation can make a woman increasingly dependent on her abusive partner’s evaluation of her behaviour and consequently even make her question her self-worth. Practically, such isolation measures restrict her ability to go out and seek support. With job cuts emerging as a reality worldwide and with countries heading towards economic recession, the financial constraints of women in such abusive situations are also expected to escalate. It is possible that women are trapped at home with partners who either cannot work because of the lockdown, or who have been let go of at work. With the threat to their job security and rise in unemployment in the current times, there is a higher risk of abusers taking out their frustration on their female partners through emotional or physical abuse. Further, in a situation where the health-services are already over-burdened, victims of domestic violence may find it more difficult to access medical services and, hence, are less likely to seek medical attention. Therefore, the ideological and practical constraints identified above in leaving abusive relationships are intensified in a lockdown situation.

The closure of schools and day-care centres, and the consequent increase in household responsibilities from sourcing food to other domestic work is also expected to have a differential and unequal impact on women who will often be expected to take on the additional caregiving responsibilities. Often, this is at the cost of their professional commitments. Even in previous health emergencies, such as the Zika outbreak, the amount of unpaid work carried by women increased exponentially.  Given the patriarchal notions of the ‘ideal wife and mother’, failure of women to ‘successfully perform each of their caregiving duties’ can further escalate violence. The proliferation of abuse here traces its roots to the gendered division of labour within households wherein fulfilling responsibilities of care is seen as a woman’s ‘duty’.

The escalation of abuse in the pandemic has shown that deep-seated patriarchal norms, which give rise to and sustain domestic abuse play out in full form during a crisis. There is an even greater expectation from women to conform to their role as caregivers. This is perhaps also due to the fact that since in a lockdown, abusers are unable to exercise the same level of control in other spheres of their life such as their workplace, they feel an even greater need to demand fulfillment of what they perceive as their female partner’s duty or obligation towards them.

In times like this, access to courts for remedies is extremely limited and governments across the world are struggling to put in place measures to protect victims. This pandemic is a reminder that we as societies need to examine domestic abuse from a lens, which is not only restricted to individual cases of violence wherein the abuse is seen as actions of a few individuals or a class of individuals. We need to analyse the societal context in which domestic abuse takes place, the barriers in leaving abusive relationships, and consequently envisage holistic and gender-sensitive policies (in addition to and beyond court remedies) to meaningfully tackle the issue. 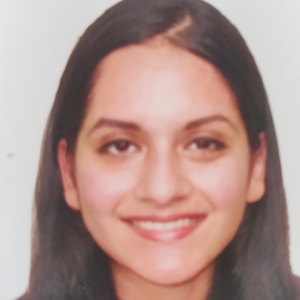 Devina Malaviya has completed a Master of Law from the University of Cambridge in 2019 and works at National Law University, Delhi, in India. 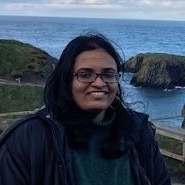 Aradhana Cherupara Vadekkethil is a PhD (law) Candidate at University of Oxford, whose research focuses on rape adjudication in India.