The following reflections were written as part of my talk at the teach-out during the UCU Strike Action in December 2021. Teach-outs are informal forms of education that are central to feminist pedagogy and revolution. They bring the political work of radical education beyond the walls of the academy and strive to prefigure the kinds of emancipatory co-learning that we aspire and struggle towards. Such an informal and anarchic pedagogic practice has been a vital aspect of the feminist revolution in Rojava, also known as the Autonomous Administration of North and East Syria (AANES). In Rojava feminist activists have been central to the envisioning and materialisation of a different kind of world. They have managed to achieve this in the midst of armed conflict in Syria and whilst surrounded by hostile regimes, including Daesh.

Part of our task within formal university institutions—as both staff and students—is to work towards a more egalitarian set of social relations and a sense of intellectual community.  This task cannot be divorced from reimagining the university along other terms. Such terms must be anti-capitalist, anti-imperialist, feminist and anti-racist, and they must be built around care for one another, for our shared planet, and its future.

So what can we learn from the democratic feminist mobilisation in Rojava? The collective struggle in Rojava decolonises our ways of seeing the world as it provides us with new vocabularies, institutions and alternative visions of rights and freedom. The women of Rojava have inspired feminists globally as they have been the key actors in constituting a new society and the development of a rights-framework as part of a pioneering experiment in democratic autonomy (democratic self-organisation without a state) (Jongerden and Knapp, 2016).

The rights framework in the AANES has strong feminist principles, and the participation of women in the self-government of the region has been a crucial force in the democratisation and commitment to gender equality and a vernacular (non-universalist) conception of minority and human rights. These feminist principles are embodied in the legal and political practice of Rojava and enshrined in the ‘Social Contract’ (constitution) of the AANES since 2014. As a constitutional framework, the ‘Social Contract’ upholds self-sustainability, ecological justice, gender equality and the protection and coexistence of its eleven minority groups such as such as Kurds, Arabs, Syriacs, Assyrians, Turkmen, Armenians, Chechens, Circassians, Muslims, Christians, and Yezidis groups within a population of approximately 5 million people. Diversity in Rojava is thus a reality at both the levels of theory and everyday political practice.

Central to the Rojava experiment is a political system which embraces the cultural and political rights of all people through a bottom-up and communal democracy. In this way the people of Rojava are agents of their own self-government and constitute active citizens. In practice, this model moves beyond the Westphalian state. It is structured, instead, around a system of cantons, communes and councils which have mixed gender institutions, as well as a parallel and organizationally autonomous women’s system (Kivilcam 2021). Unique to Rojava is its co-presidency system. This democratic quota operates across all political, social, and administrative structures in the community and ensures that there is an equal representation of both genders in any and all leadership roles. In Rojava gender equality and gender justice are fundamental and instrumental in founding the legitimacy of the govern­ing authorities.

In this political system women are actively cultivating new models of feminist power and knowledge through jineolojî (women’s science). Women participate in women’s centres for education and science where they educate themselves and engage in practices of self-study (Dirik 2018). In that respect, what I have been interested in researching is the interplay between the practice of study that the women of Rojava have been engaged in and its influence on the political system and law-making procedures of the AANES, particularly in relation to how women’s activities of self-fashioning has influenced the rights dispensation in Rojava. It is these forms of self-study and routinised ‘teach-outs’ that are most inspirational for decolonial feminists and radicals who imagine a new and emancipatory pedagogic praxis.

Through processes of self-study, Rojava’s feminist activists engage in an epistemic and subjective reconstitution of their ‘Self’. They work with materials and ideas about women’s freedom, women’s rights, and older ideas about female power from the vast archives of Mesopotamian culture and history (Jineolojî Centre). They draw upon histories of a past which has ample resources for reimagining different ways of relating to nature, one another and the cosmic world. And, they aspire to do so in a matricentric and non-extractive form. Such practices of self-making break with, and are improper to, the patriarchal and masculine ideas of the proper Woman and open up space for us all to explore the self, ethics and power in a decolonial and emancipatory mode. 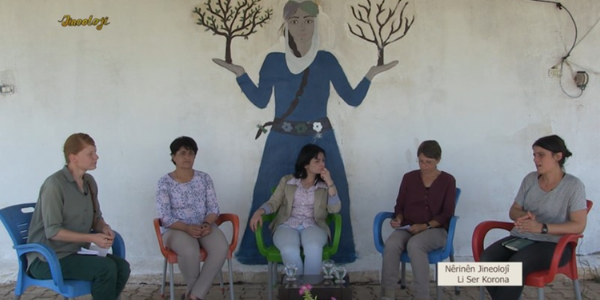 The activism of these women for gender equality and rights, has thus taken the form of public acts of deliberation and political organizing, as well as activities of ethical self-fashioning. I want to argue that vernacular grammars of (post-human) rights have become a central part of this process of self-(re)making. Rights, when invoked by subaltern groups, can become an avenue through which people can (re)fashion themselves and inspire new ways of life. As such, rights have the potential to become the content and the medium of instruction, to modify ones self-understanding, needs and desires (Lefebvre 2016). Approaching rights in this way, as the activists in Rojava do, require that we abandon the Eurocentric and universal frames through which we have known human rights. Instead, it draw our focus to how the concept of human rights is always an intersectional and thus political negotiation between the global and the local (Madhok 2021).

The revolution in Rojava calls into question the hegemonic and Eurocentric conceptions of law, justice and modernity we have taken to be common sense and natural in our times. The lessons emerging from the experiment are crucial in guiding the collective work of building ‘a meaningful plural international normative order’ (Eslava and Pahuja 2012, 195), and embodies the need for feminism and revolution to come together through the ‘challenges faced by a humanity threatened with extinction’ (Vergès 2021, 5).

So what can we learn from Rojava and these concrete democratic experiments in decolonial and radical feminist theorizing and practice?

First of all, the Rojava experiment offers us a blueprint for imagining a political structure established in the middle of conflict – one that is built on a a specific articulation of feminist principles which seek to re-narrate the past in order to create a bottom-up and alternative future through a ‘human communal praxis of living’ (Mignolo 2018, 106). As such, it is a source of hope. Something that we need now more than ever, as humans are actively turned into waste each and every day in the clutches of racial capitalism (Vergès 2021).

Second, to engage with the politics and epistemologies of Rojava, and take this project seriously, is to engage in decolonial work. It shifts our parameters and focus so that we pay attention to revolutions and movements outside of both Eurocentric and also Arab hegemony when it comes to the Middle East.

Third, the decolonial feminism of Rojava, and that I argue for here, means being attentive to the specific geopolitical and body-political histories through which political thought, legal systems and frameworks of rights are transformed. It is nothing more than a political revolution to detach the truth of democracy from its dominant liberal and colonial formulations.

So much of what feminist and radical politics demands of the world is said to be impossible. What these women and feminist activists have achieved in Rojava show us that political will, creativity and a commitment to democracy—not as a type of regime, but as an embodied practice of challenging inequality and working together—can achieve anything. Even in the most “impossible” of circumstances. It shows that we have a choice between a world with greater equality, gender and minority rights, or a world of inequality, violence and climate destruction. 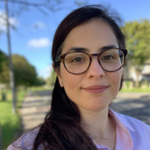 Dr Hasret Cetinkaya is a Fellow in Gender Studies and Human Rights at the Department of Gender Studies, LSE. She is a post-colonial ethnographer working in the field of critical human rights, feminist theory and gender studies. She holds a PhD in International Human Rights from the Irish Centre for Human Rights (ICHR), NUI Galway.