The COVID-19 pandemic gave rise to the ‘shadow pandemic’ of domestic violence, where, due to the fears of contagion and mobility restrictions in many cities the world over, persons experiencing intimate partner or familial violence had fewer alternatives to seek respite from abuse. The pandemic revealed how the ‘home as dwelling’ is a complex space: at times and for some, a space of refuge while for others, a place of extreme isolation and ongoing tension. An overlooked population that experienced heightened vulnerability to violence within the ‘home’ or household is paid domestic workers or household service workers. Globally, the majority of domestic workers are women. For these women, who often live in their employers’ homes and households, the pandemic only further restricted their already limited access to spaces beyond the domestic workplace.

In this piece, I reflect on Southeast Asian (Filipina and Indonesian) migrant domestic workers’ complex experiences and relationships to homes and households during the pandemic in Chile, especially as part of a racialised and gendered minority group in the country. Drawing on critical geographers including feminist scholars, I use the term ‘home’ to emphasise a complex material, abstract and emotional concept that may suggest a sense of belonging and affective attachment, and ‘household’ to refer to persons living under the same roof. Sometimes, I use both interchangeably when the terms intimately overlap for my interviewees. Based on ethnographic research, I argue that for some migrant domestic workers, the pandemic exacerbated forms of violence and oppression that Filipina and Indonesian women experience not only in the domestic workplace (their employers’ households), but also in their own domestic households with intimate partners. And yet, the domestic workplace can unexpectedly provide refuge from intimate partner violence, indicating the constitutive complexity of the space of home.

Between 2018 and 2022, I conducted ethnographic research and semi-structured interviews mainly with Filipina and Indonesian women migrants living in different cities across Chile. Most of these migrants are women who arrived in the country as full-time live-in domestic workers. Many of them arrived after 2010, when specific agencies were established to facilitate recruitment, migration and employment of Filipina domestic workers in upper-middle class Chilean households. These agencies reproduced gendered and racialised stereotypes to promote Filipina women as ‘ideal’ domestic workers (Rodriguez 2010). While the promotional work of agencies rendered Filipina women hypervisible for a period, generally, Southeast Asian women are barely visible or acknowledged in the Chilean national discourse or social imaginaries. That many Filipina and Indonesian women work primarily in private households and do not speak Spanish fluently also contribute to their relative invisibility and vulnerability to labour exploitation and social isolation. Yet, via dating applications and weekly Sunday outings, many (18 of 29 women interviewed) have also married, divorced, and co-parent with Chilean partners. 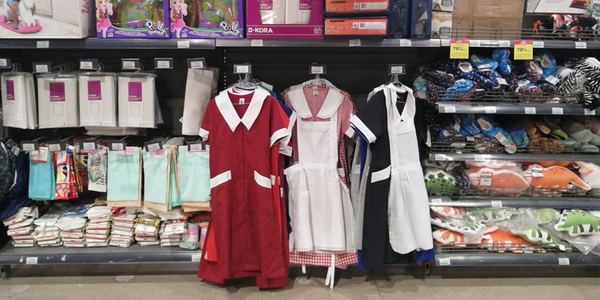 This blog draws on and provides a glimpse of a bigger research project on Southeast Asian migration to Chile, which included 41 semi-structured interviews conducted with migrant women who arrived in Chile as domestic workers, migrant brokers and intermediaries (persons who facilitate the migration of others), employers of Filipina women, and representatives of the Indonesian and Philippines Embassy in Chile. The interviews were complemented by long-term ethnographic and virtual fieldwork, which included participating in online Filipino communities and networks, such as relevant Facebook groups. As part of this research, I wanted to understand the effects of protracted lockdowns during the pandemic on the working and living conditions of these women in Chile.

Lockdown in the domestic workplace as respite from domestic violence

In 2020, Chile imposed one of the strictest and longest lockdowns globally. During the strictest periods of the lockdown, every adult was entitled to two weekly permits to step out of the house to buy groceries or run necessary errands. The lockdowns provoked a nationwide discussion about the unequal gendered domestic and care work in the home. As schools and childcare nurseries were temporarily shut down, childcare responsibility largely fell on women, further exacerbating the existing unequal division of labour in Chilean households (Chan and Fernández-Ossandón 2022). For middle and upper-middle class households that depended on paid domestic workers or household service workers (trabajadoras de casas particulares), fears of contagion as well as restrictive mobility laws led many to give full-time domestic workers two brutal alternatives. If workers wished to keep their jobs, they had to stay in their employers’ houses or apartments and not leave the home, even during weekends. And if they did not accept these conditions, they were fired.

Under Chilean law, live-in domestic workers are entitled to two rest days a week. Before the pandemic, while some Filipina and Indonesian women chose to live with their employers during the weekends, others rented apartments with fellow nationals. Some women also lived with partners and their families during the weekends while returning to live with their employers during the week. It is important to note that like most migrant domestic workers in Santiago, Filipina and Indonesian workers who do not live with their employers during the weekends often live very far from their domestic workplaces. Their employers typically live in posh neighbourhoods that are inaccessible or less accessible by public transport, while the workers live in peripheral and poorer neighbourhoods of the city. Such dual household situations ceased when the lockdowns began.[i] For women who could keep their jobs and spend the lockdown with their employers’ households, they expressed feelings of isolation and obligation to work even on weekends, where they found it more challenging to establish strict boundaries between work and their ‘personal time’. However, experiences shared by other interviewees challenged this dominant narrative that associated the domestic workplace as a place of entrapment, isolation and control.

For Flor, a Filipina woman in her forties, the pandemic in Chile enabled her to flee from her abusive husband. Like many live-in domestic workers, Flor worked and lived with her employers from Monday to Friday, and returned home to her husband on the weekends. In 2020, when I met her, she had been married for four years, where “for four years, I suffered every Saturday and Sunday,” she had shared. They argued constantly. Her husband was a “jealous” person who forbade her from meeting other Filipina friends. He often came close to physically assaulting her, and broke household items during their fights. Nevertheless, she did not know how to leave him. When she sought advice from her family in the Philippines, they told her, “You just pray,” and that “it’s not good to separate.”

Even though Flor had gathered all the papers necessary to file for divorce, she could not go through with this, as separation, for her, did not offer a solution to her domestic situation. “I would still be in Chile. He knows my number, and when I’m working… I want to go to another country,” she said. In February 2020, just before the first case of COVID-19 in Chile, Flor decided that she had had enough. She told her husband that she was going to find work in another city, where she could earn more. When the lockdown in Chile was announced in March 2020, Flor described her sense of relief as she no longer had to return to live with her husband on the weekends. Her employers’ fears of contagion and mobility restrictions imposed by the government created obstacles for Flor to shuttle between her employer’s home and her own ‘home’. In this context, Flor’s husband accepted that she had to live with her employers until the lockdown ended.

Between home and domestic workplace

For live-in domestic workers, especially migrant women, ‘homes’ have multiple meanings since for some, these are also spaces of work. Additionally, in the Chilean context, the ‘homes’ they make as Filipina migrant women married to local men – with limited sources of social support – already defy conventional imaginaries of how households should look like both in Chile as well as the Philippines. While some women spent the lockdowns in the domestic workplace, other women who lost their jobs had to move in with their Chilean partners’ families. Several Indonesian women, for example, spoke of how they were humiliated by their partners’ parents; they felt like they were treated ‘as maids’ and ‘made to work for free.’

Domestic workers’ complex relationships to homes trouble accepted narratives of family and heteronormative households in many ways (Constable 1999), where the intimate presence and labour of a paid (and often racialised) woman worker is often erased and made invisible. On the one hand, the pandemic revealed the conditionality underlying employers’ common narratives that domestic workers were ‘like family’ or ‘part of the family’. On the other hand, as Kiran Grewal has proposed, the pandemic forced us to reconsider what we have long tolerated as ‘normal life’, particularly as it relates to family, household and workplace dynamics. Such a crisis can instead be the “ideal moment to lay bare the sharpest contradictions with which we live” (Grewal 2020). The COVID-19 pandemic and strict lockdowns revealed the cumulative oppression for domestic workers that emerges from living in between both domestic workplaces and their own households. For Flor, the pandemic framed the domestic workplace as a space of some respite from violence in her own home. For other migrant domestic workers, losing access to domestic workplaces and financial security exposed them to other forms of oppressions in household spaces.

The COVID-19 pandemic exacerbated and interrupted contradictory meanings that the domestic workplace always evoked: as an exploitative space or an alternative space of refuge, where financial security and/or fictive kinship is promised. Discussions about domestic violence during the pandemic have challenged assumptions about homes as safe spaces of refuge. Conversely, centring the domestic workplace in these discussions about contested meanings of ‘home’ and ‘home-like’ spaces can also push us to consider similar spaces and situations that, although not devoid of power dynamics or intersecting forms of oppression, can simultaneously provide some respite from violence elsewhere.

Acknowledgements: This blog is based on research funded by the National Agency of Research and Development (ANID), Fondecyt 11200270. I am grateful for the research assistance of Natalie Gomez, Isabel Araya, and Tamara Bulicic, and the nourishing conversations with my colleague and co-researcher Rosario Fernández-Ossandón. 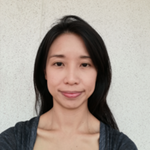 Carol Chan is a cultural anthropologist and assistant professor at the Society and Health Research Center, Universidad Mayor (Chile). Her research and teaching interests focus on migration, racialization, gender, and inter-ethnic conviviality, among others.

Rodriguez, R. M. (2010). Migrants for export: How the Philippine state brokers labor to the world. U of Minnesota Press.

[i] There were a few employers who sought creative alternatives such as using their weekly permits to drive domestic employees back to their other households on weekends, and there were workers who took public transport without permits to go to work and keep their jobs. In these cases, which were relatively rare during the strict lockdown period in 2020, both employers and workers risked contagion or being fined or detained by authorities for defying regulations.

Bad Behavior has blocked 191 access attempts in the last 7 days.